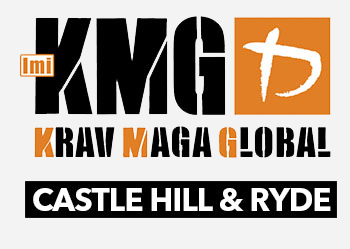 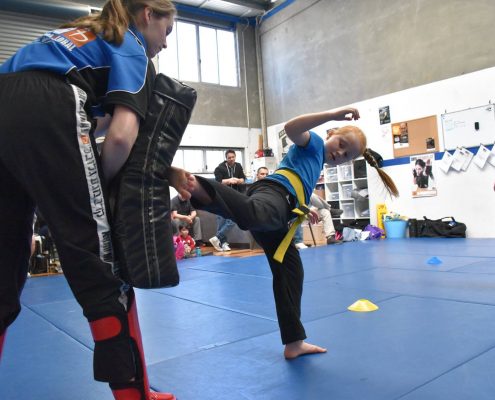 This important question is being asked numerous times while I teach kids instructor’s courses around the world. I believe that the answer to the question begins with Imi’s famous sentence: “that one may live in peace…” Does “one” include the young ages as well? It is important to mention that when Imi introduced Krav Maga for civilians, it was taught only to adults first, and later to teenagers. At his late years, when Krav Maga began to be practice with kids, Imi was saying “The kids are the base to Krav Magas future”. At the time, I did not understand this fully, I believe that today I do. Answering the question can begin with another question: is there a need for kids to know how to defend themselves? Here, we can give a clear and simple answer: YES, THERE IS!

Kids at all ages might find themselves in stressful and dangerous situation, and they might be exposed to various treats and risks in their daily life. The threats can happen on their way to school or back, at the school itself, or at any other location which includes interaction between kids to other people. In general, we characterize the treats to kids by:

The last important definition will describe that a violent event is not necessarily physical, meaning that harassing or bullying might influence the life of kids as strongly as a physical event and of course should be consider as a treat to the kids well being.

Where there is the need, WE at KMG will provide the knowledge and relevant training programs to educate kids and teenagers and prepare them to reality. That was Imi’ vision, which inspires Eyal and me until these days. This is our mission and we will stand to it. To me as an instructor, teaching kids has always been a source for positive energy and great satisfaction, that relates to one simple fact: we are influencing kids’ future, teaching them how to act right in complicated situations and how to become better individuals.  I had the privilege of teaching kids from age five, until they were drafted to the army, and continue teaching them after their release from the army and becoming KM instructors. Try to imagine the role model we are and how unique the connection you have between yourselves.

How do you become a Krav Maga Kids Instructor?

The first step is to figure out if you are interested in teaching KM to kids. Some people know it because they have previous experience with teaching kids. If you are uncertain, and want to know, a simple solution will be to join some kids lessons and assist a kids instructor. If working with the kids left you with “I want to do it again” feeling, you are in the path of becoming a kids instructor.

The KMG manual for training self-defense to kids is considered the most extensive program available. The program covers all aspects of training kids, from physical and technical aspect, the educational aspect (how to control yourself, methods and tactics to prevent violent, how to function under stress etc.), simulation training – both mentally and physically, and many more elements regarding the kids program. Joining the growing family of KMG kids instructors offer you the opportunity to evolve first as a person and second as a KM instructor.

To summarize this blog post, here is an event that happened to one of our 15 years old students at school break time. “One of my classmates was approaching me shouting at me, claiming that I had talked “shit” about his girlfriend (which I never did…). I tried to calm him down saying that “I didn’t”, but he was loosing it trying to hit my head. I defended the strike with a 360° and pushed him back to create distance. He came towards me again, kicking a football style kick towards my thigh, I blocked him exactly as in Krav Maga training, he collapse to the ground shouting with pain and that was it, the end of the event. Every body around saw that I was defending myself and trying not to harm him”

This is exactly what we teach our students: Be alert, act correctly, try to deescalate, make minimum damage, and defend yourself all the time…

Wishing you a successful future! 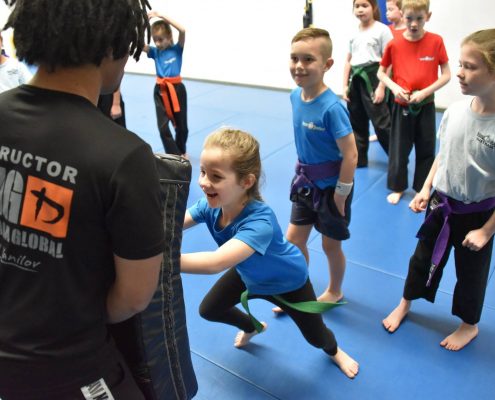 Why teach Krav Maga to kids and teenagers? 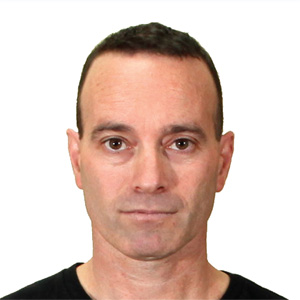 The Benefits of Training Krav Maga – Self Defence for Women

How to prepare for your grading (Part 1)
Scroll to top